Having just had a quick chat about the importance of learning from failure I was reminded of this lovely picture from Kat:

In my grand tradition of overthinking office treats, here are biscuits to accompany the announcement that a couple of experiments have shown it’s not worth building the tested features for real pic.twitter.com/lHMklOYJXO

Which in turn reminded me of one of my favourite ways of celebrating learning from failure — Failure Swap Shop!

Luke Williams came up with the format, and I first saw him facilitate a session at BarCamp Bournemouth about ten years ago. I've run it many times since with clients and at events and it's always been informative and fun!

So — what is a Failure Swap Shop?

It's two rules and four steps.

Note that rule 2 only works if rule 1 is true!

If you're happy with the 2 rules then it's time to ask for volunteers to run through the four steps.

Just get up. Admit you failed. Get some positive feedback — the cheering is awesome. Share your failure. Share the thing you learned.

Everybody has failed. Everybody has learned from those failures. Sharing that is a powerful, and usually fun, experience.

You don't need a slide deck to run a Failure Swapshop — but if you want one feel free to use the one I used at a ProductCamp a few years ago.

This should be enough to get you up and running. Here are a few more tips I've accumulated over the years I've facilitating these sessions:

When there are no more volunteers review all the lessons learned, thank the participants, and ask them to think about ways they can celebrate failure themselves — and the lessons it teaches you. 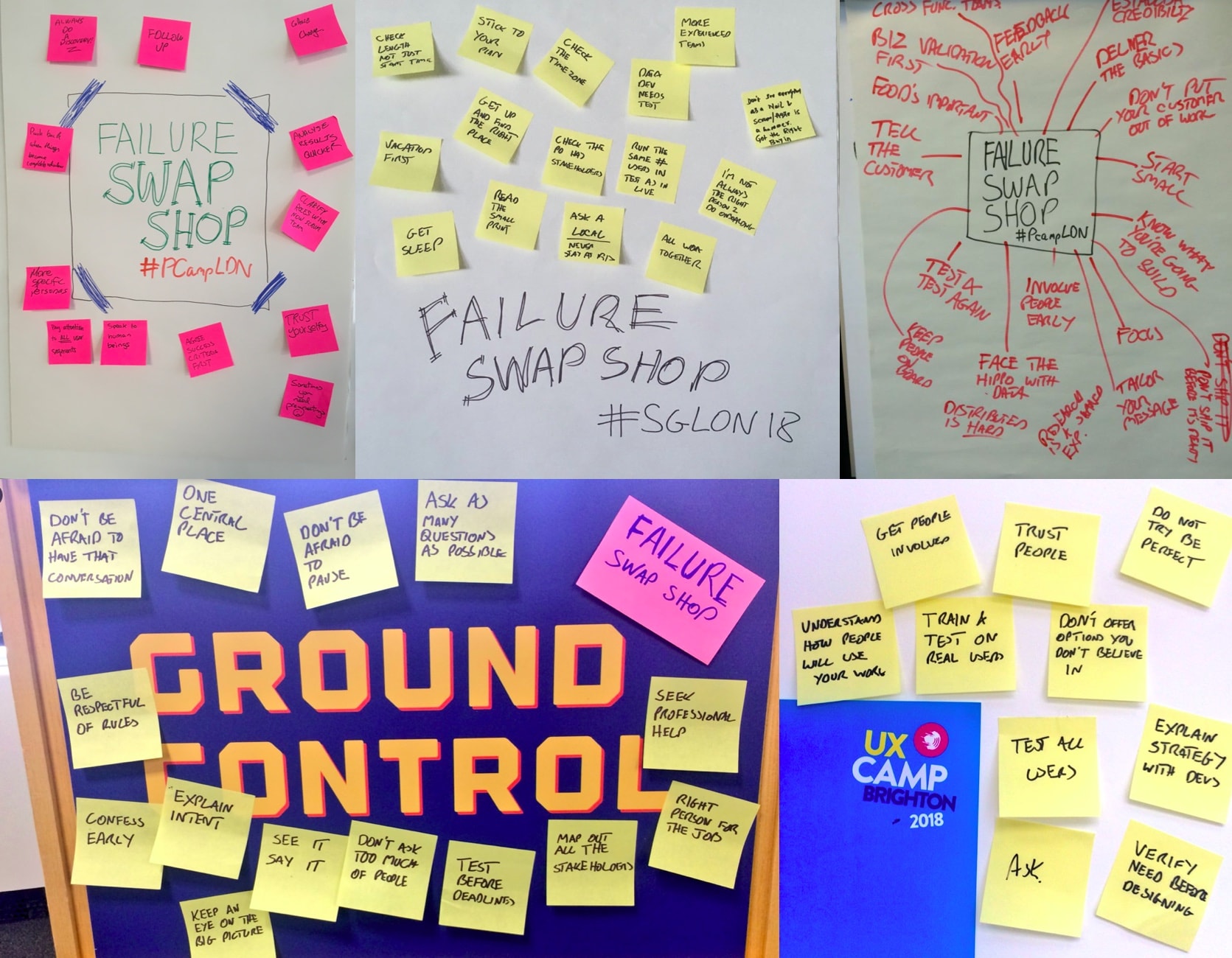 Go and celebrate learning from failure!